Elixinol is one of the ‘big three’ players in the international CBD product market with a dominant position in its domestic Australian market and a solid foundation in the US. With the formation of Elixinol Europe, based in the Netherlands, the company wanted

to spearhead its European launch by quickly gaining significant market share in the UK. Starting with zero brand awareness and no domestic social accounts, Quick Brown Fox won the pitch to launch the brand in the UK.

Operating a retail strategy through community pharmacists and a DTC operation from its own website, Elixinol needed to create a solid brand identity through both its channels to market. With the CBD industry awash with misinformation and a growing number of start-ups rebranding OEM products, the key to Elixinol’s success would be to become the UK’s most trusted CBD brand, delivering quality-assured products backed with guarantees.

We developed a brand strategy in conjunction with the European Sales & marketing team, focusing our PR KPI’s on delivering messages of quality, trust, transparency, traceability and scale. The UK’s number one brand would need to retail products in major High Street chains as well as online, so crafting the ‘trusted/quality’ message in B2B vertical media channels was just as important as getting the message out to consumers.

Before launch, we created a detailed messaging template, tone of voice document, and developed a creative visual style that drew on the most successful campaigns in Australia and the US. We created and launched a dedicated Elixinol UK website and UK-centric social platforms across Facebook, Twitter and Instagram.

To align the brand with its target consumers, we identified key influencers, sportspeople, and organisations to partner with and helped formulate a digital media, sponsorship, and advertising strategy to support the PR outreach. For content marketing and SEO/keyword placement, we scoped out a range of blog content that focused on delivering factual and transparent information about the CBD market. The underpinning concept was to leave no leaf unturned in a drive to make Elixinol the leading authority on the health benefits, and potential risks, of CBD.

With the CBD market doubling annually, the brand launched into a hectic hyper-growth phase. Journalists were hungry for information to dispel the myths surrounding CBD and to try the products for themselves. We supplied the media, from podcasts to the national newspapers, with product information and samples, setting up interviews with Elixinol senior managers to develop a position of authority in a market that was still seen as something of a ‘Wild West’.

Our B2B PR and marketing team drove the story and brand into pharmacy, healthcare and retail trade press, underlining the CBD market opportunity for retailers and the importance of selling products from the most trusted source. The coverage helped secure the brand into critical outlets, including Holland & Barrett and the UK’s biggest independent pharmacy buying group, the Cambrian Alliance. To bolster Elixinol’ s DTC operation, we created a ‘pop up’ store in Westfield Shopping Centre London and drove awareness on social channels and through local media with ongoing offers and event highlights.

Our Social media team actively drove follower growth through compelling, open and honest content. By interacting with like-minded channels and getting involved in the CBD conversation at every opportunity, followers grew quickly. Within 6-months of the launch, the brand’s social channels had in excess of 4k active followers, with engagement running between 6 and 10%.

Supporting the consumer PR drive, we identified semi-professional cyclist Josh Quigley, who was outspoken in his work to support charities in the mental health space after his own personal issues. Elixinol sponsored Josh in a ‘round-the -world’ cycling attempt that garnered national and international coverage for over three months.

His daily video check-in videos, while wearing Elixinol cycling Jersey, were seen by up to 80k of his followers. At the same time, we sponsored influencer and TV personality/yoga instructor Julie Montagu, who spoke about the benefits of Elixinol CBD to her 150k fitness enthusiast followers.

With the focus remaining on being a trusted, ethical brand, we identified a significant opportunity to sponsor Forest Green Rovers FC, the UK’s most eco-friendly football club. The deal lasted over a season with billboard advertising at matches, sponsored jerseys and training hoodies, and Elixinol branding across the club’s PR output. Our Social Media team maximised the FGR opportunity by partnering with FGR’s head chef to create a series of compelling posts and blogs on vegan cooking.

Assisting with the brand’s above-the-line push, Quick Brown Fox arranged and launched a major central London digital billboard advertising campaign at three key London train terminals. The campaign covered several giant digital screens and smaller multi-screens on Underground escalators, running a short, punchy video. The campaign lasted for two weeks and was said to have reached over 2 million people. Elixinol was the first CBD advertiser on the London Underground. Quick Brown Fox produced a follow-up corporate video on the campaign to support shareholder in Australia and the US.

With the European CBD market likely to top Euro 1bn at retail in 2021, Elixinol has become a major player across the region. The company has recently acquired German Brand CannaCare to drive into central Europe and replicate its UK success in other prime EU territories.

“The team at Quick Brown Fox brought a huge amount of clarity and focus to Elixinol’ s marketing and PR efforts at a period of unprecedented growth. We appreciated their breadth of ideas and experience in defining messages and delivering them to our target audiences through a wealth of media channels.” 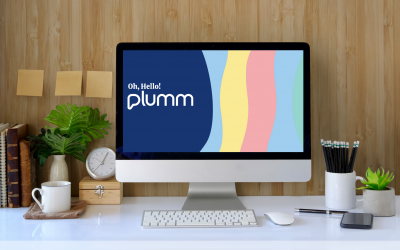 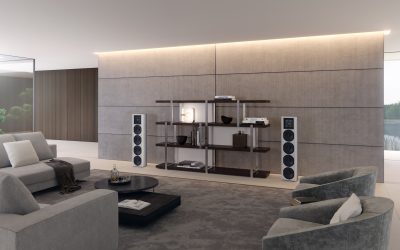 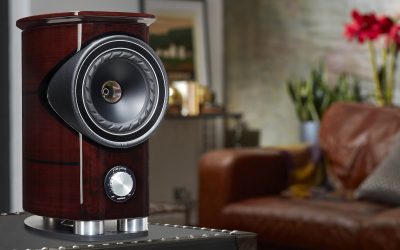 Fyne Audio approached us in 2017 to launch its loudspeaker range. We drew on our wealth of audio experience to deliver exceptional results. 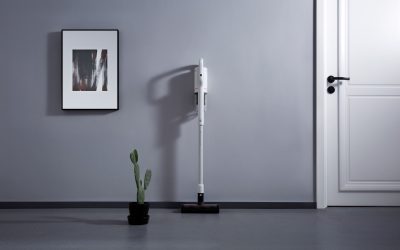 In 2019 cutting-edge cordless vacuum cleaner brand ROIDMI asked us to launch its products into the UK market.

Give us a call, send us an email, or use the contact form to get in touch.